Aerzen USA is a German-based supplier of air compressors and blowers. Ten years after the Aerzen US headquarters was built using principles of lean manufacturing and organic design, a major expansion was needed. Having planned the original building and site with future expansion in mind, Aerzen now wanted to bridge the gap between the office and warehouse expansion, creating a collaboration hub featuring meeting rooms and a café area which opens into a new central courtyard. Proven LEED strategies from the original build, such as geothermal heat pumps and earth tubes, were also incorporated into the addition alongside new advances in enclosure technologies such as structural insulated panels (SIPS) and ZIP system sheathing, integrated water- and air-resistive barrier delivering moisture and air protection in one system. 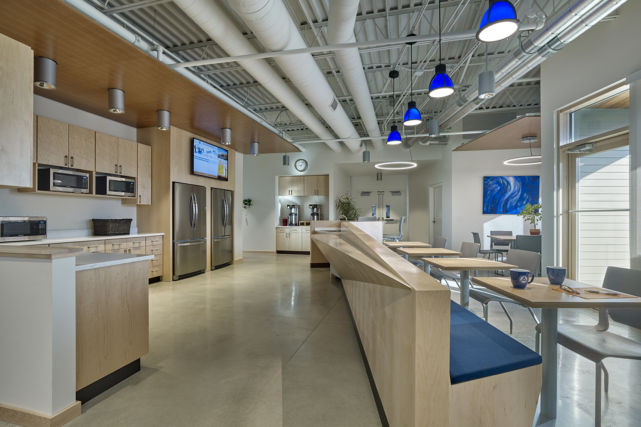 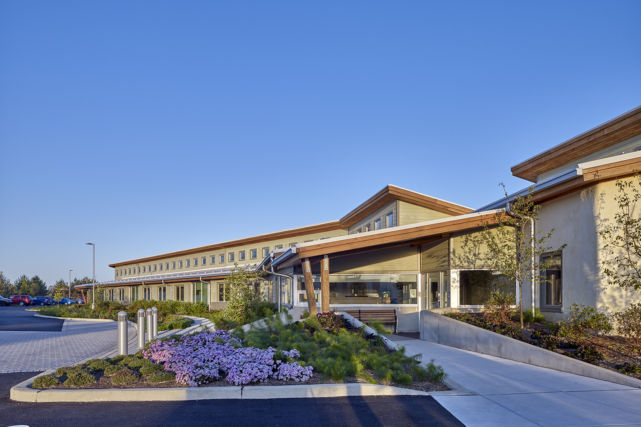 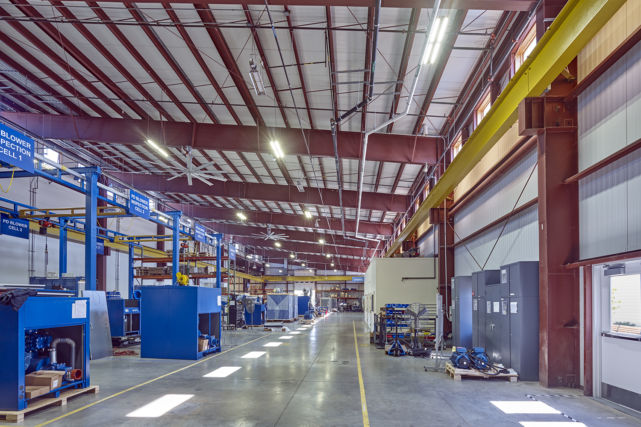 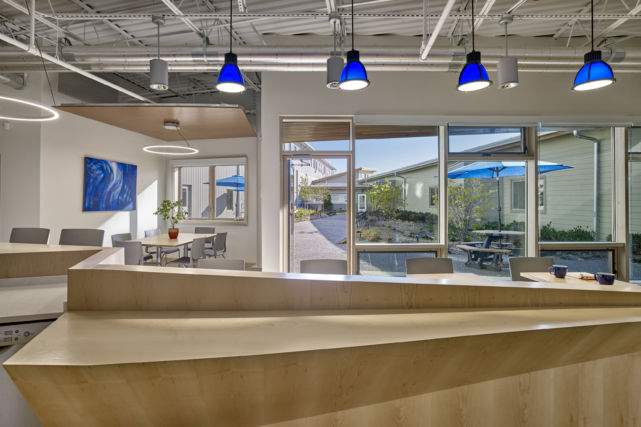 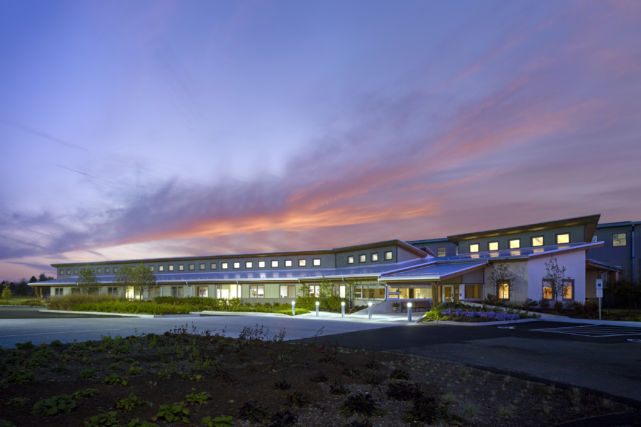 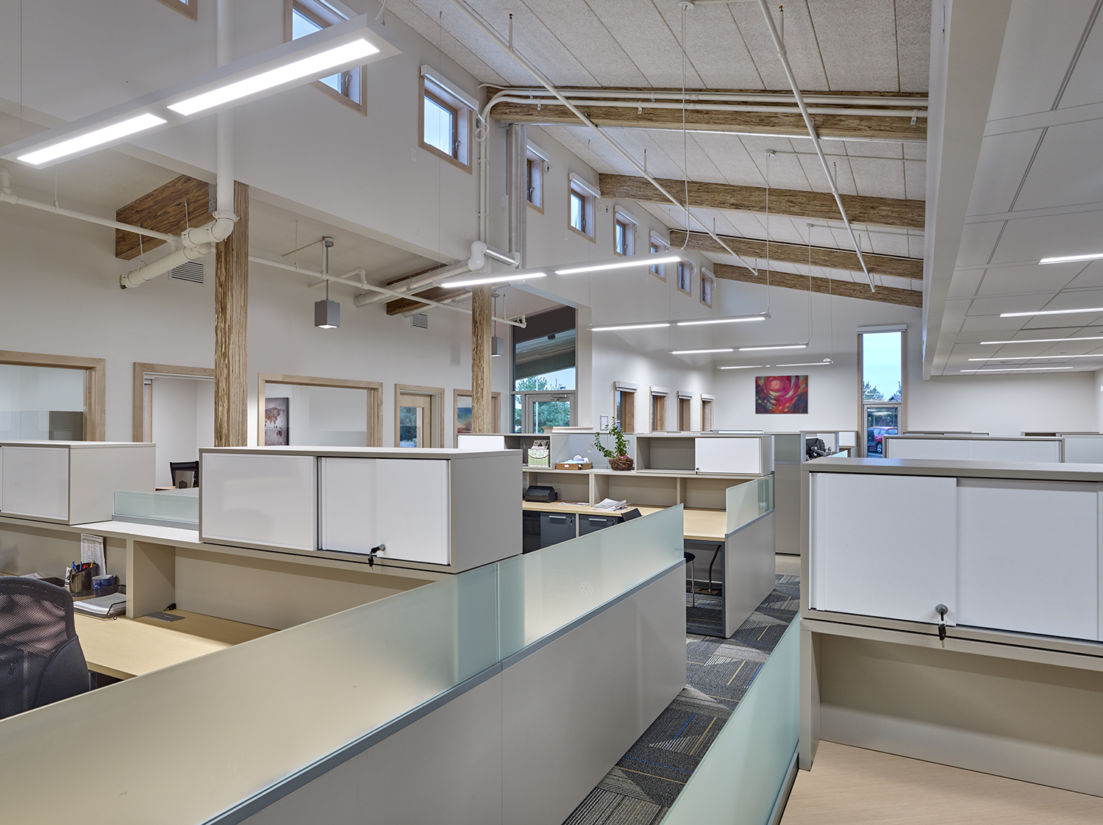 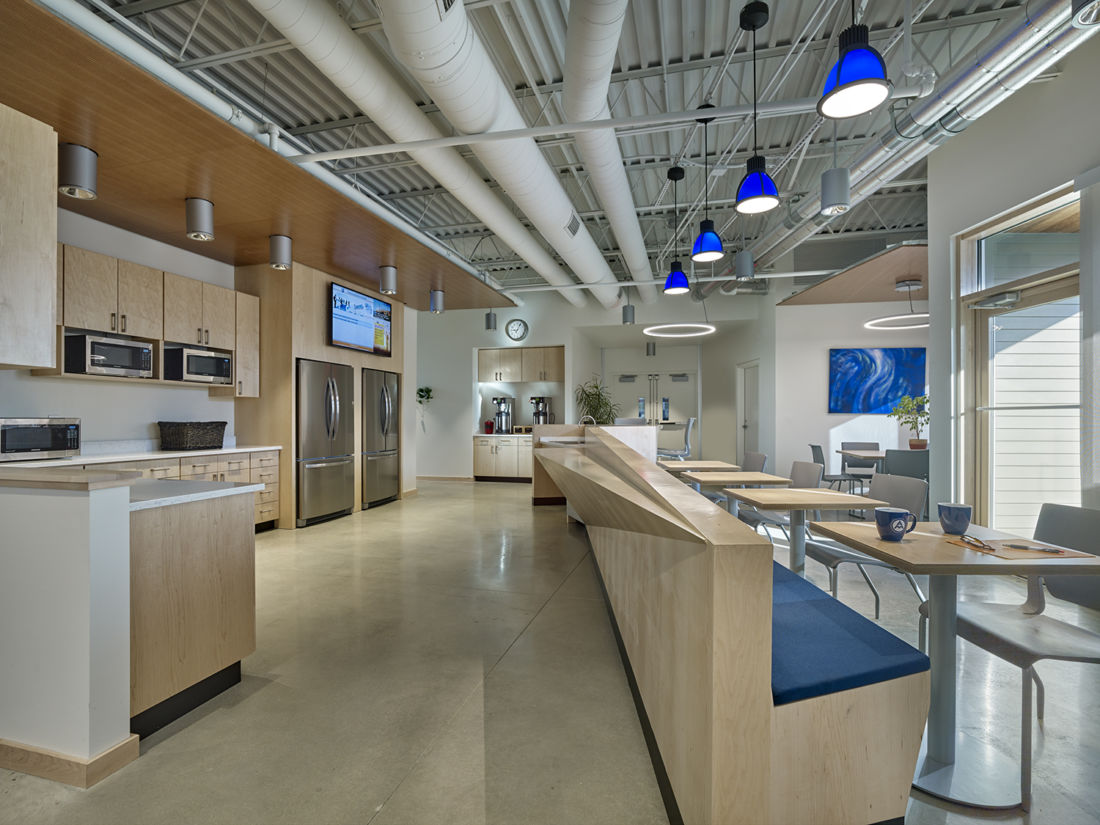 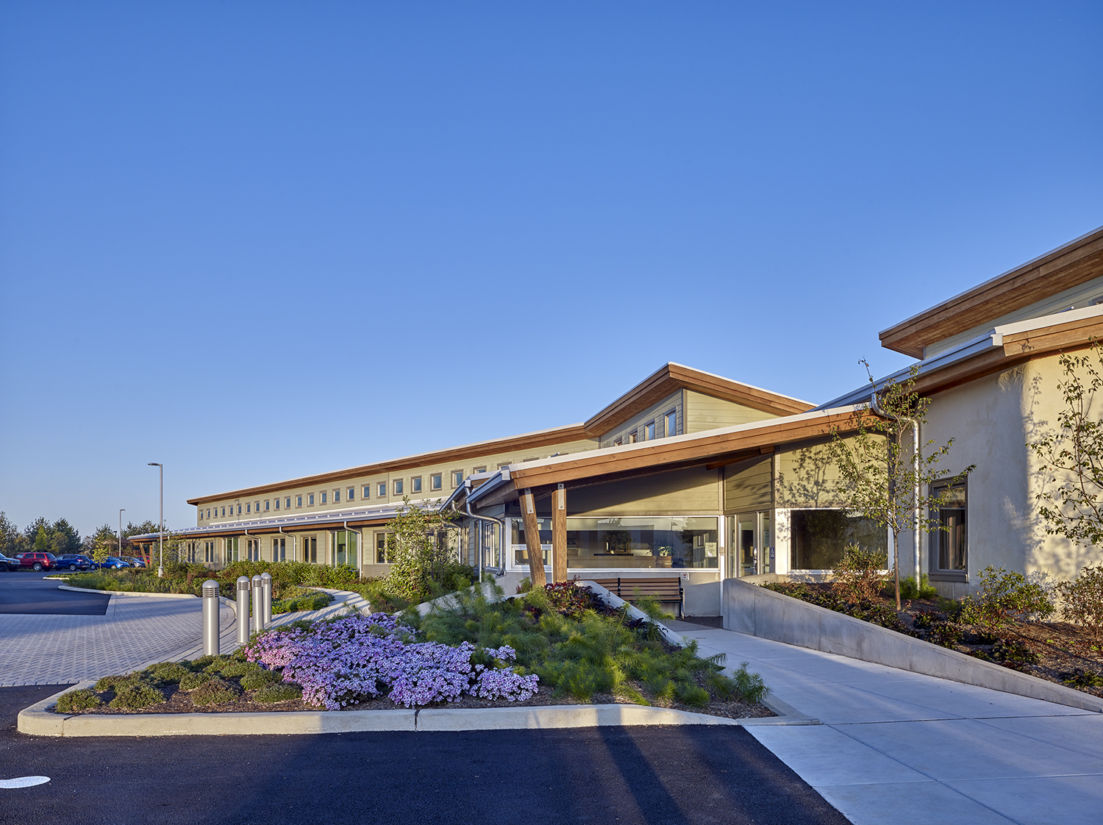 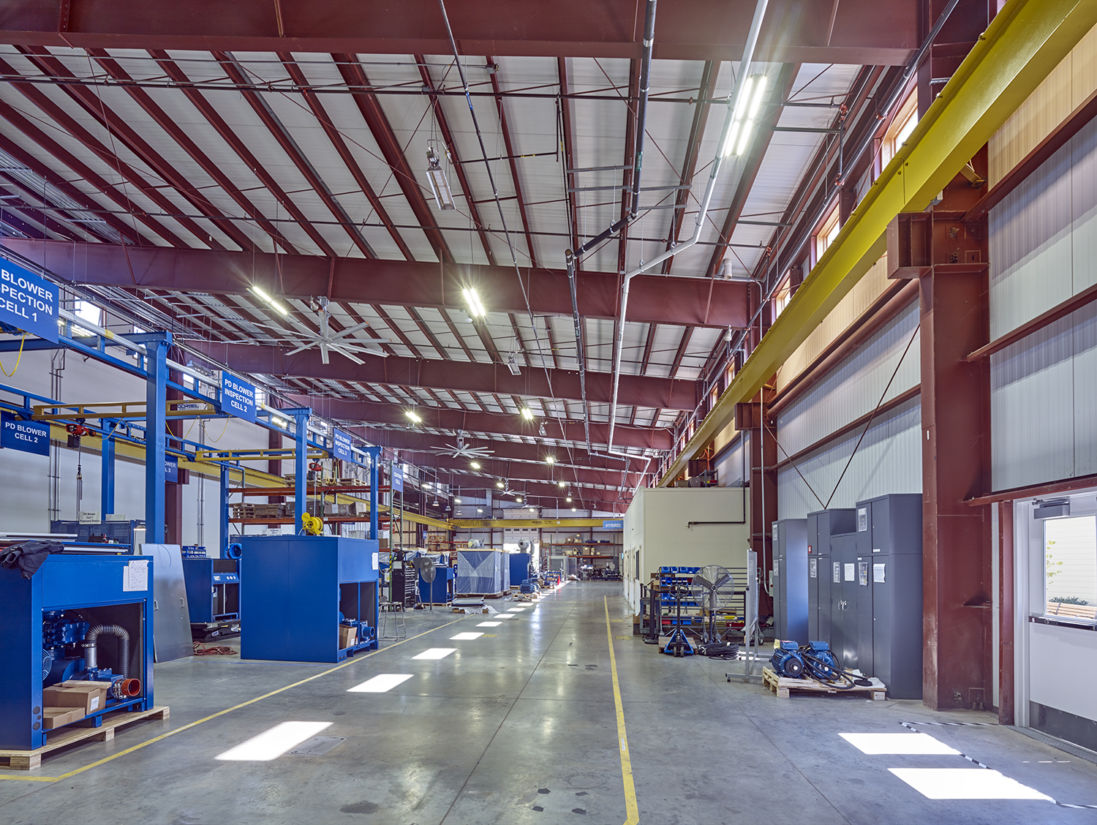 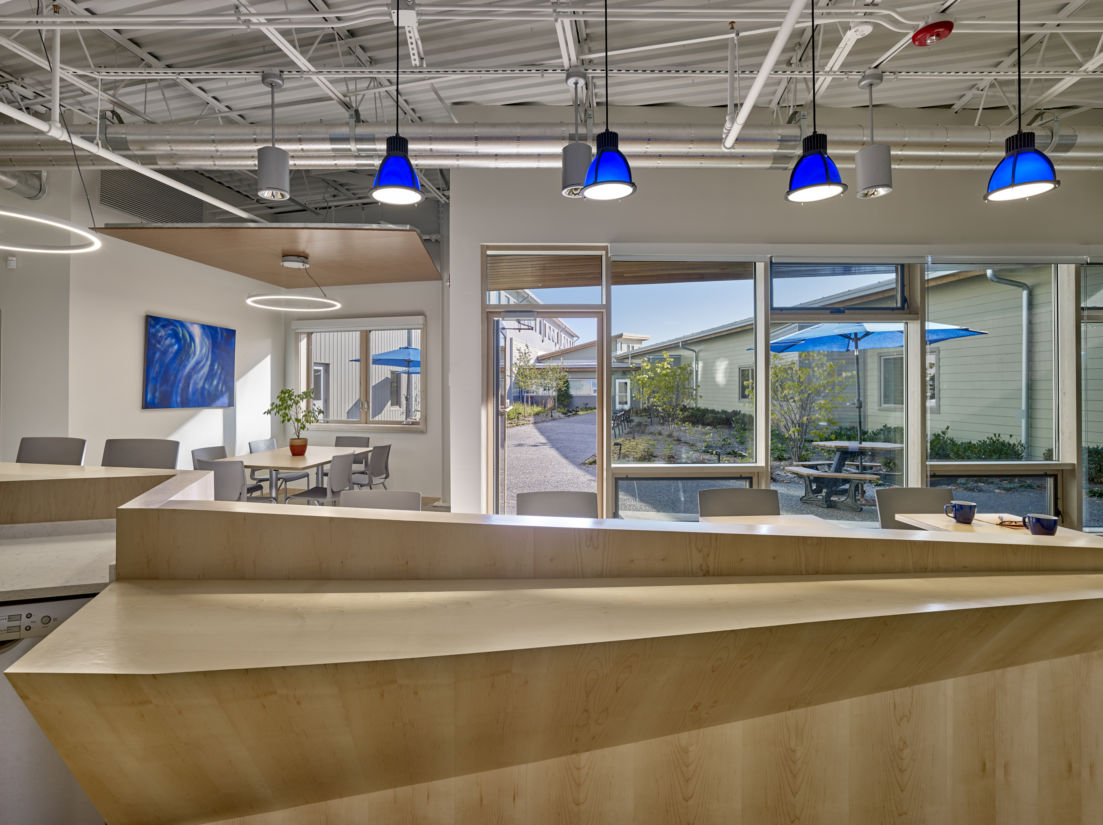 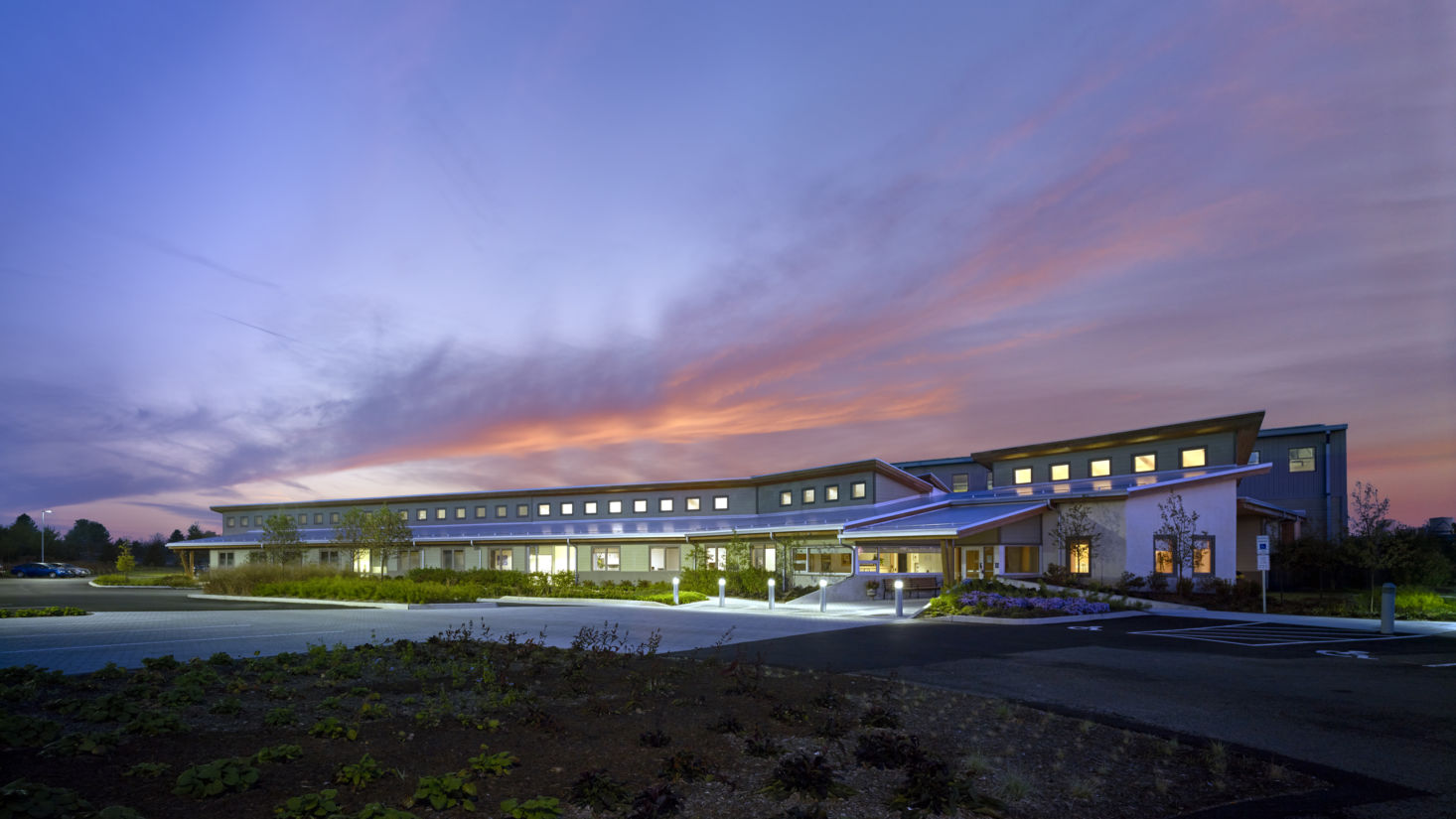