Background. An adaptive re-use of a more than 40-year-old structure, creating a modern hub for the Lancaster Chamber presented a variety of design challenges. The original building was a “punchcard” design – while relevant at the time, this design is now quite dated. To create a more contemporary facade, we added a significant amount of glass to the front of the building. The renovated exterior mimics the pattern and scale created by the windows and storefronts along historic King Street, following a classical hierarchy of form, while being rendered in modern tones and textures. The building interior reflects the Chamber’s mission to foster a vibrant business environment, incorporating local resources and features whenever possible. Our team removed structural steel and concrete floors on the first and second level, allowing space for a two-story open staircase and providing the Chamber with a feature wall to recognize their major donors
and members. We removed the ceilings in the lobby to create the appearance of greater ceiling heights, and relocated the lower-level parking garage entrance to maximize the width of the lobby.

Preconstruction. The Lancaster Chamber renovation was unique in many ways, including the funding stream supporting the project. A variety of government grants, traditional funding  sources, donations from public and private sources, and in-kind construction services from participating trade partners combined to subsidize the project. However, the ongoing efforts to secure this backing was not finalized until the design was nearly complete, requiring the project team to prepare for multiple contingencies based on the level of funding secured. As a multi-organization hub, the Lancaster Chamber building houses several community-focused entities. During the preconstruction process, our team coordinated with stakeholders from each of the organizations to assure that their needs would met upon completion of the project.

Value Management. Our team performed “rolling” value management exercises at every budget update and between budget updates. This provided the client and community stakeholders with the lowest responsible price point for the project, and allowed the client to communicate funding needs to community members with the greatest accuracy. In order to help the client maintain an acceptable cost, our team retained the existing HVAC systems, which were only ten years old. We also stained and restored the existing brick remaining on the facade, rather than remove and replace it, which would have proven much more costly.

Site Logistics. Located in downtown Lancaster City, the existing building occupied nearly the entire footprint of the property, creating a serious logistical challenge. The front sidewalk along  ing Street was the only area not covered by the building, and extensive work was required to transform the outdated facade, which created major safety concerns for the hundreds of pedestrians who walk down King Street daily. Per the request of city officials, we created an on-street covered walkway, allowing pedestrian and vehicular traffic to flow normally, as well as protecting passerby from any debris that might be produced from the renovations. Our team met with neighboring businesses on a weekly basis to apprise them of our work schedule, and preparing them for any temporary shutdowns or disruptions to street parking that became necessary. Just-in-time deliveries were coordinated with vendors to minimize storage needed on site, and deliveries were scheduled for 5 a.m. to avoid lifting materials over pedestrians.

Scheduling. As more than 20 years had passed since the last renovations to the building, it was sorely in need of major code-related improvements and hazard abatement. Many years worth of abandoned mechanical system components had been left in the building, and had to be abated and demolished before renovations could begin. To provide the most efficient and cost-effective replacements, we worked together with our MEP subcontractors to design and build the right systems for the new space. Despite some surprises (due to discoveries during renovation work), we were able to adhere to our proposed fast-tracked construction schedule.

Safety. In addition to Warfel’s proactive safety staff and standard safety program, full-time safety monitoring took place while facade renovations and work on the King Street elevation were underway. All subcontractors working on scaffolding and lifts on the facade were required to attend a safety huddle every morning to review their work and safety procedures. All Warfel team members were trained in appropriate traffic control. Throughout the duration of the project, there were no injuries, accidents or lost-time incidents. Because of the nature of the project’s funding, it was critical that the Chamber was able to offer tours to potential donors. Our team worked with the Chamber to assure that tours could be conducted frequently, in a safe manner with all necessary personal protection equipment, and did not inhibit the aggressive schedule or the work being performed.

Quality Control. A standard practice at Warfel (especially during renovation projects), a team member was assigned to photo document all of the work done at the Chamber building to assure that our guarantee of high-quality work was met by every subcontractor. 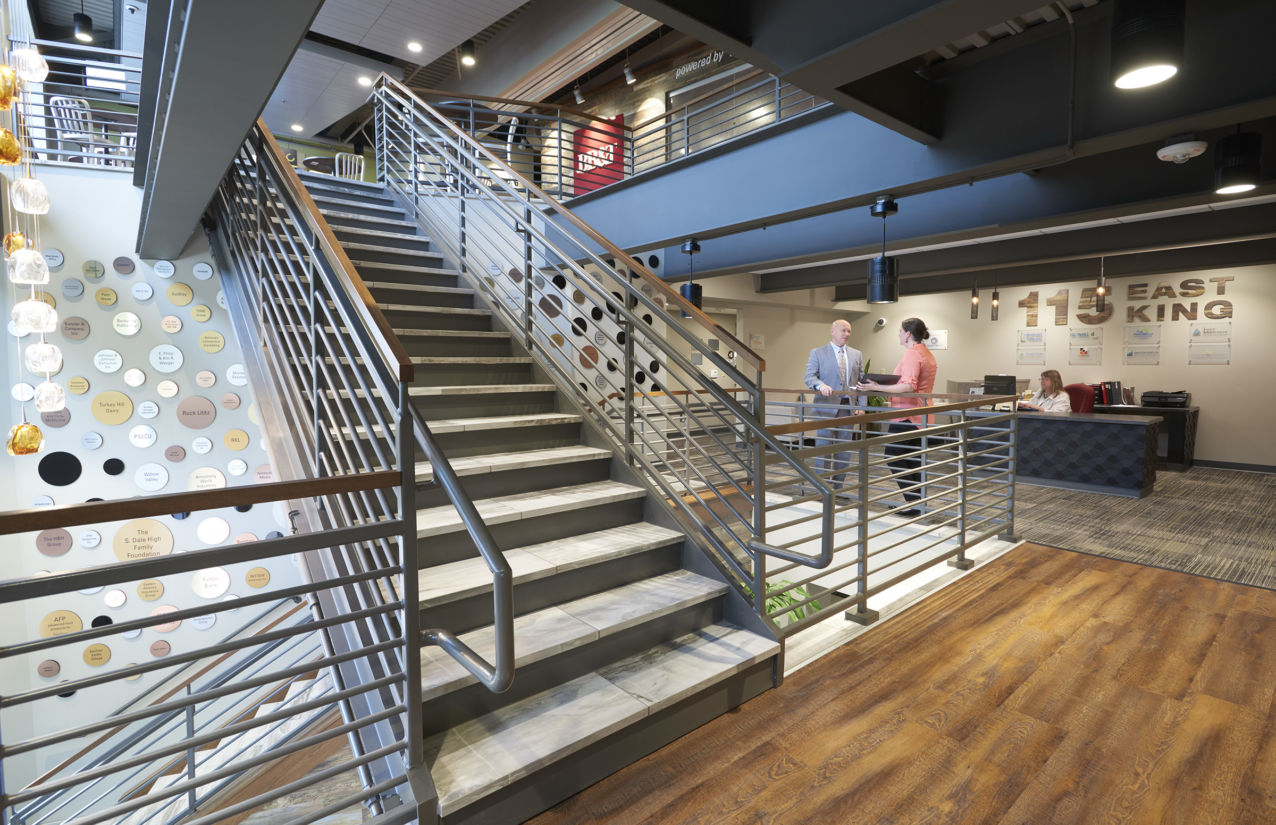 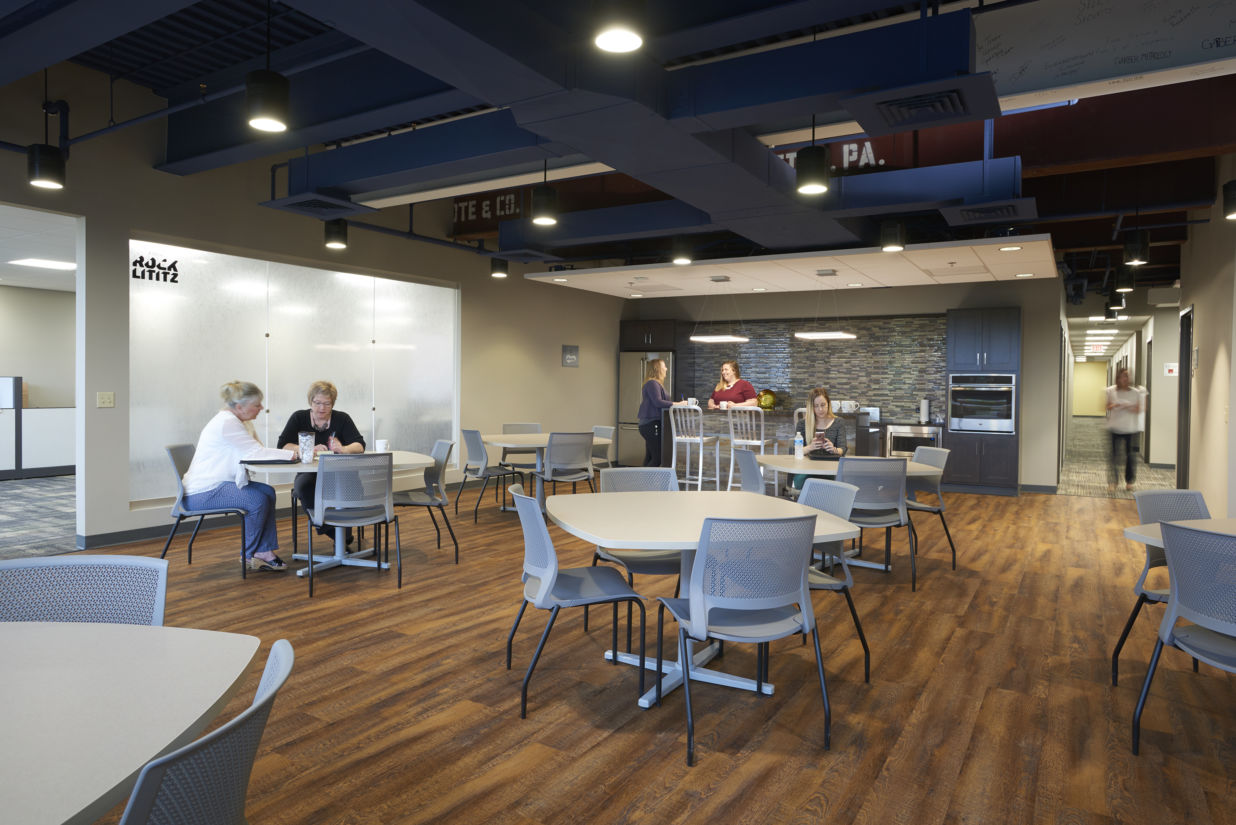 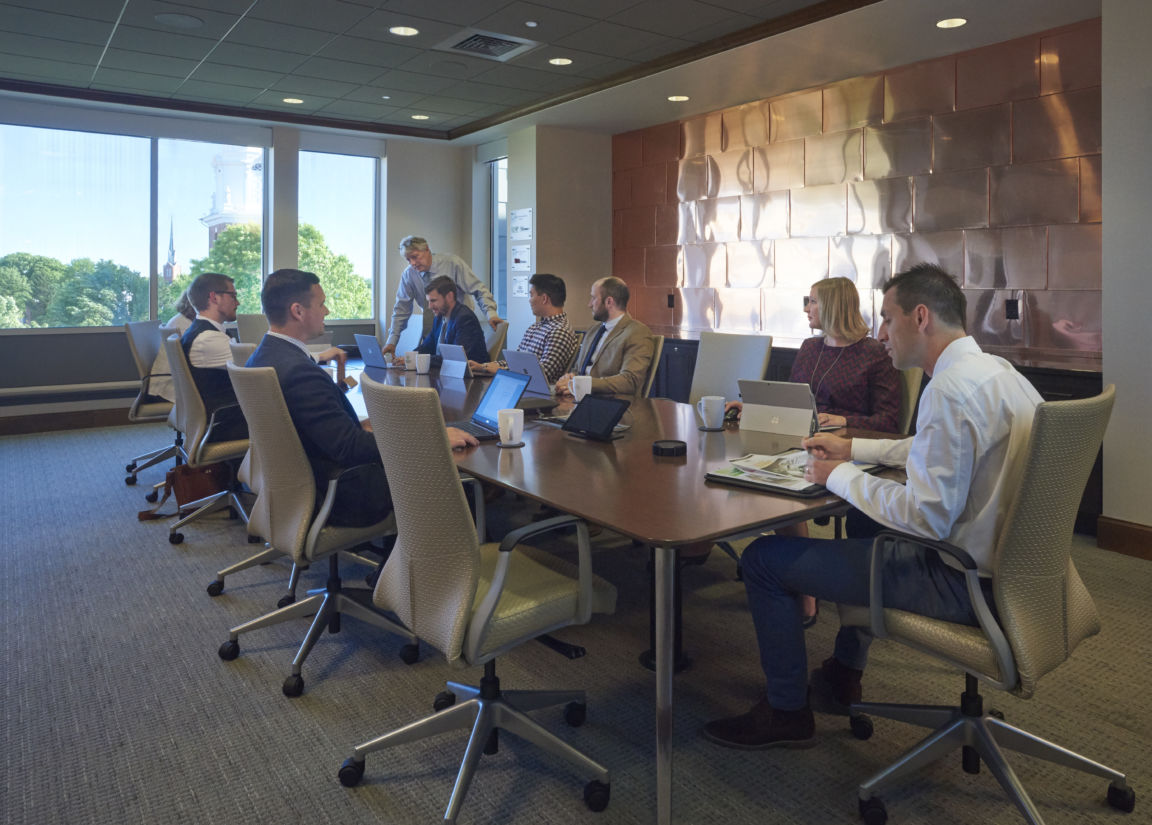 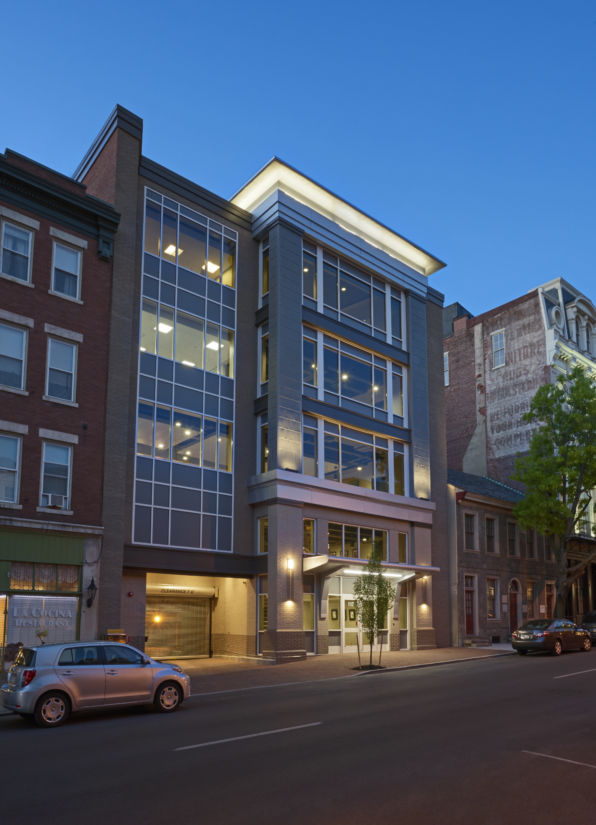 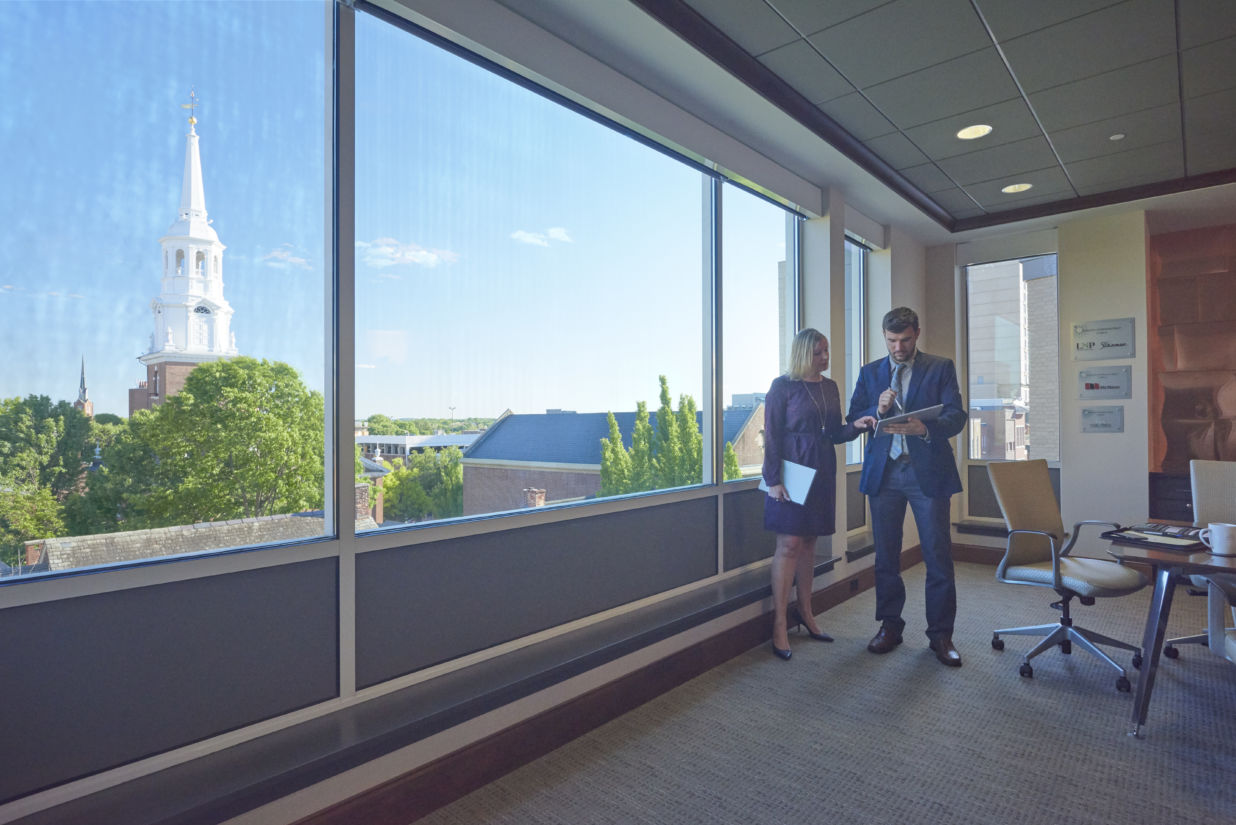 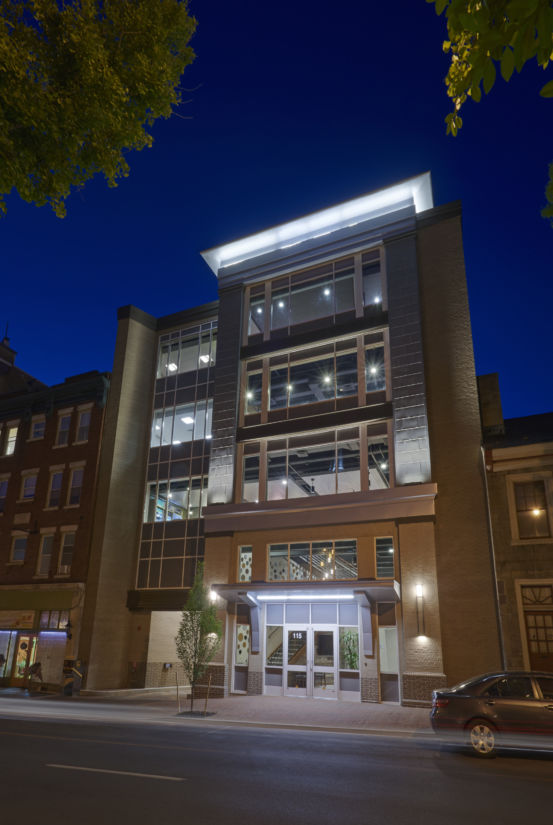 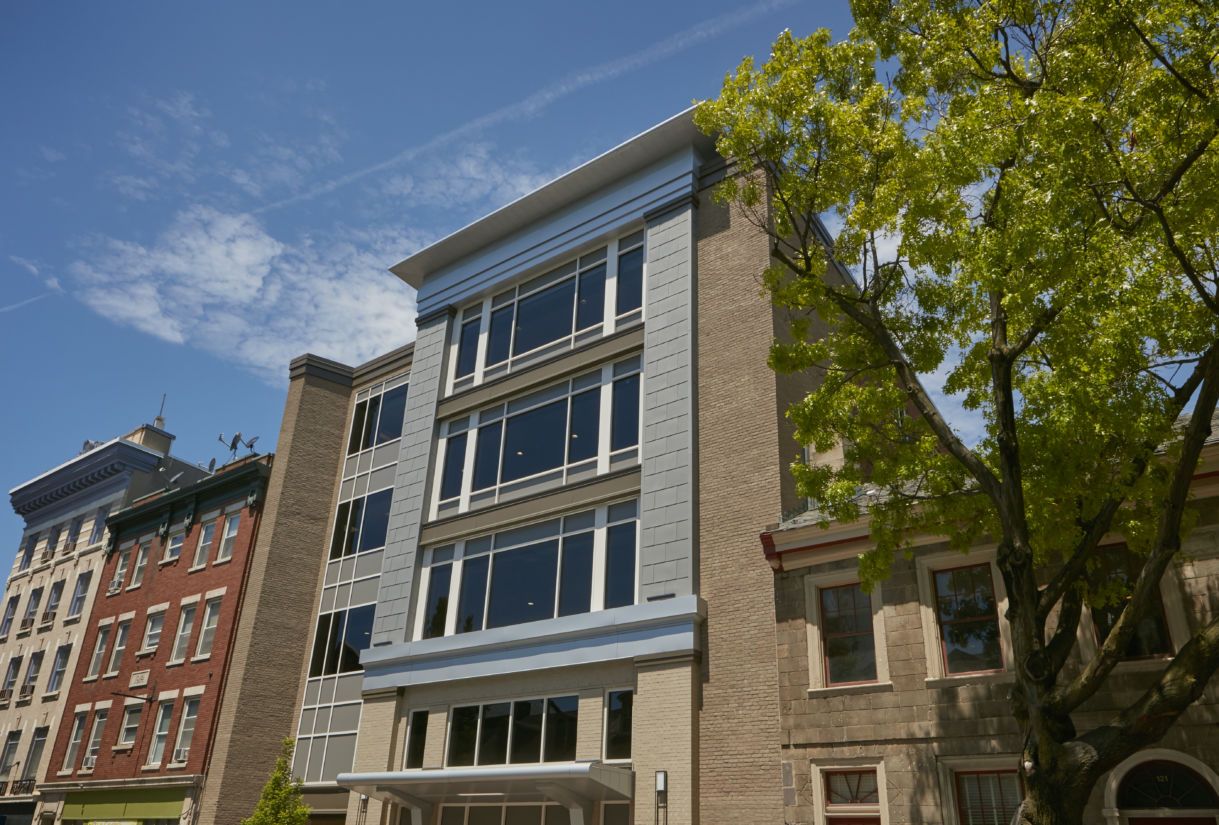 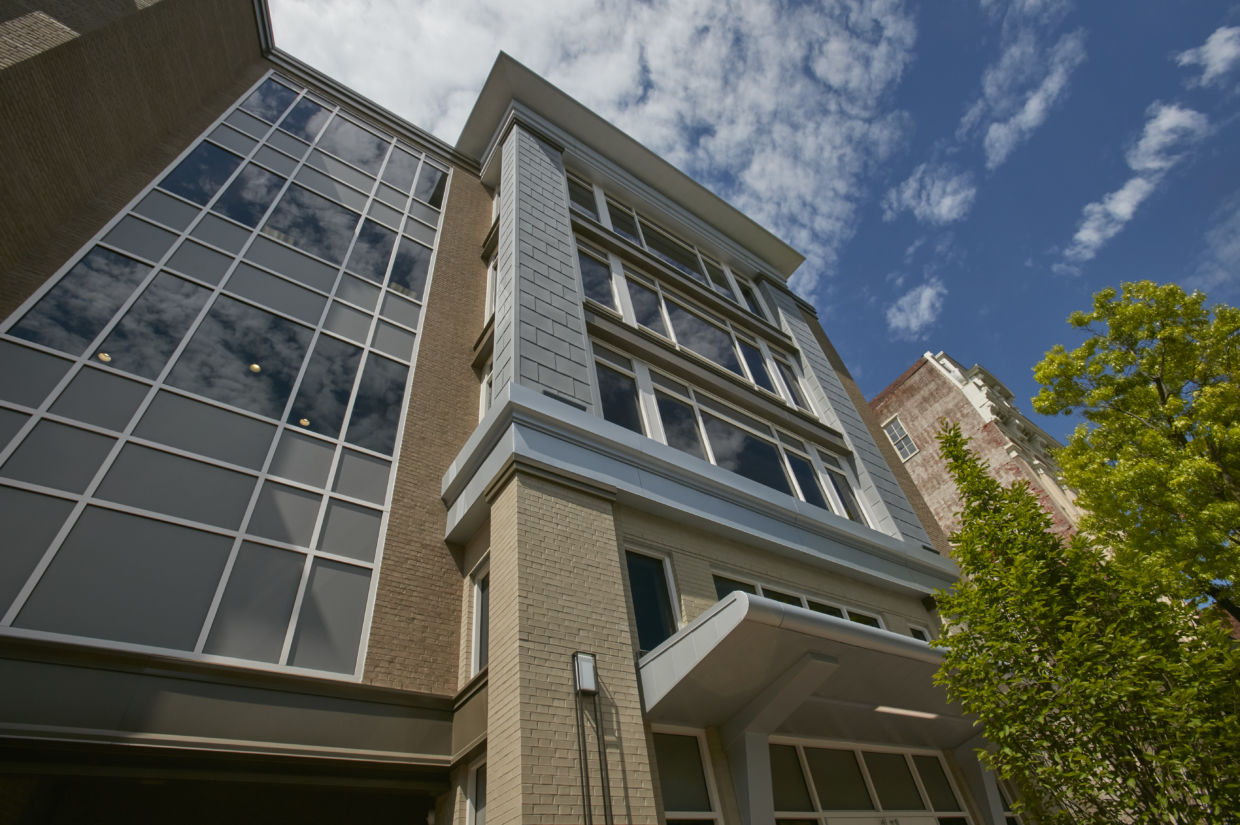 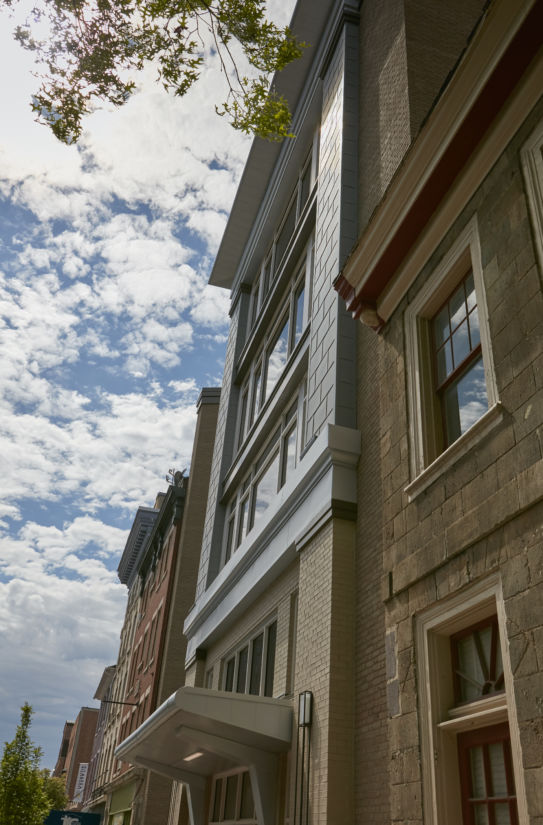 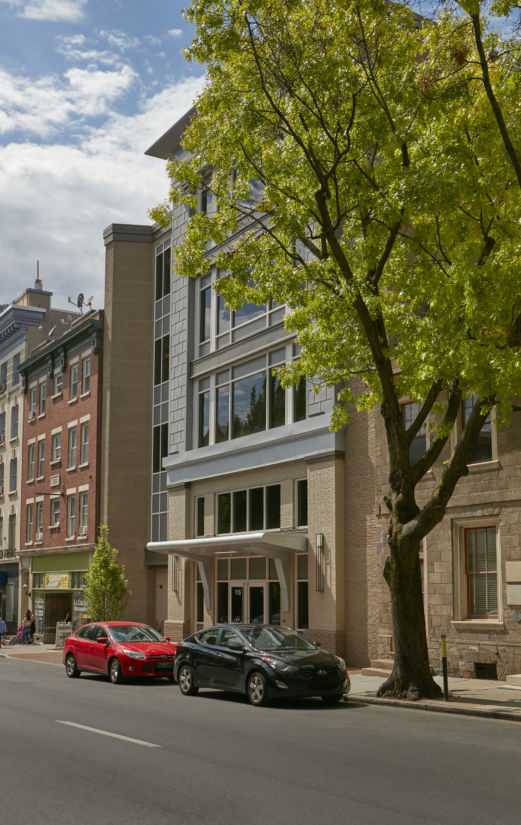 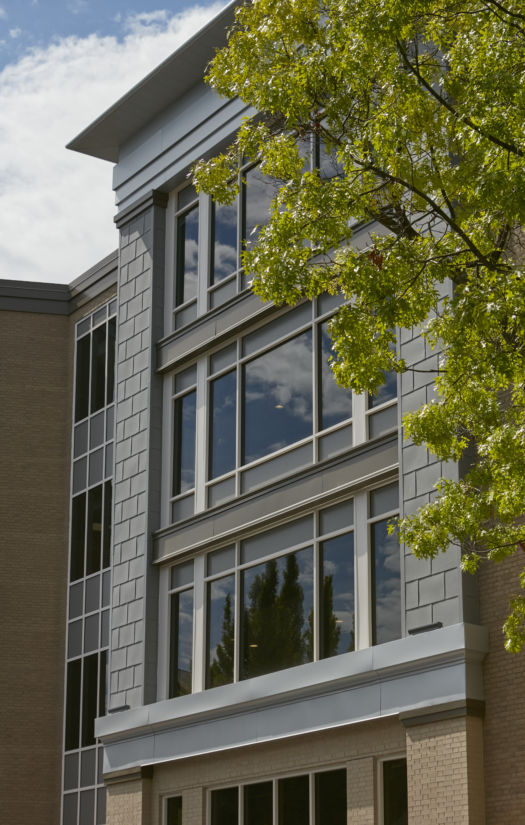